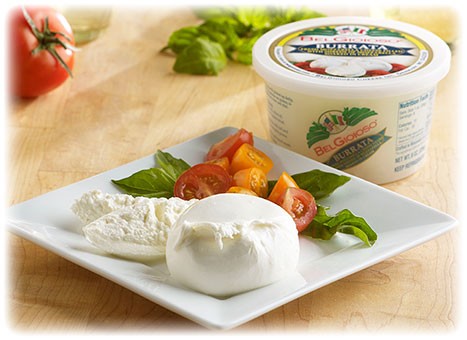 The BelGioioso story began over a century ago when the great-grandfather of BelGioioso President, Errico Auricchio, founded a cheese company based on a philosophy of excellence. In 1979, Errico moved his family from Italy to America with the goal of continuing his great-grandfather’s legacy. He wanted to craft the best Italian cheeses in the United States.

When Errico came to America, he scoured the United States in search of the highest quality milk to begin his goal of making exceptional specialty cheeses. It was in Wisconsin, “America’s Dairyland”, that he found the dedicated farmers and abundant green pastures and corn fields that produce superior milk. Wisconsin milk was and still is simply unbeatable.

In addition to his immediate family, Errico also brought with him two master cheesemakers, Mauro and Gianni. To these gentlemen, making cheese isn’t a job, it’s a calling. They carry with them a strict focus on quality and an unending passion for crafting flavorful cheeses using artisan methods. Mauro & Gianni remain part of the BelGioioso family today and work tirelessly to share their wisdom with each new generation of cheesemakers.

Description of The Product:


This fresh cheese resembles a Fresh Mozzarella ball, but when split open, you will be delighted to discover a rich-tasting soft filling of fresh pieces of Mozzarella soaked in heavy cream. This cheese offers a sweet, milky flavor that gently fills the palate. Made to order from fresh milk gathered daily from local farmers, each ball is hand-formed and packaged in water to ensure maximum freshness while maintaining shelf life.